Stunning red haired dancer and actress Moira shearer was born Moira Shearer King in Dunfermline, Scotland on 17 January 1926, the daughter of Harold Charles King. When she was five her family to Northern Rhodesia in 1931, where her father worked as a civil engineer.  It was here that she received her first dancing training. 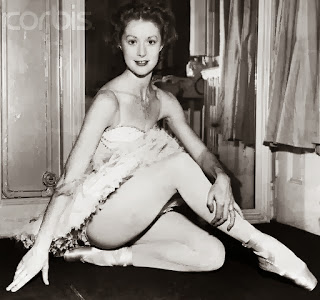 Back in Britain in 1936 she trained in London for a few months under Flora Fairbairn.  While there, Fairbairn's friend Noel Streatfeild decided she was the image of Posy Fossil, the youngest of three dancers in her new book 'Ballet Shoes', and she was photographed for the advertisements (Lucy Boynton played Posy in the 2007 movie with Emma Watson).

Soon after this she was accepted as a pupil by the Russian teacher Nicholas Legat, who had been a dancer with the Russian Imperial Ballet from 1888 to 1914. After three years with Legat, and after his death in 1937, with his widow Nadine Nicolayeva, Moira joined the Sadler's Wells Ballet School (later the Royal Ballet School). 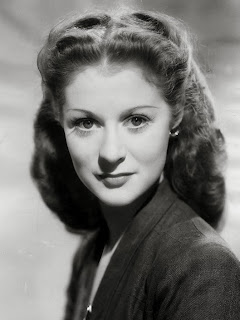 During WWII Moira's parents took her back to live in Scotland.  After the war she returned to London and Sadler's Wells and danced  with Margot Fonteyn and Pamela May,in the 1946 version of "Symphonic Variations", and in the title role in the première of  "Cinderella" in 1948, choreographed by Frederick Ashton.

In 1948 she played Victoria Page in the Powell & Pressburger ballet-themed film The Red Shoes.  It was a huge success, and won two Oscars and was nominated for three more, including a nomination for Best Picture.

Afterwards she said that she would never appear in another movie while she was still a ballet dancer, as
the movie "made dancers critical of my dancing, the way they filmed me and critics critical of my acting."
However she appeared in a film version of "The Tales of Hoffmannn' 1950, as she had insisted that the film makers shot around her in one sequence, and did not make her stop and start continually.  She said of the role "I shall dance and not act." Moira was also encouraged to take the role by Frederick Ashton, who designed a dance sequence especially for her.

Moira's other celebrated performances were in the premieres of Ninette de Valois’s Promenade (1943), Robert Helpmann’s Miracle in the Gorbals (1944), and Léonide Massine’s Clock Symphony (1948).

In 1950, Moira married journalist and broadcaster Ludovic Kennedy. They were married in the Chapel Royal in London's Hampton Court Palace. The couple had a son, Alastair, and three daughters, Ailsa, Rachel and Fiona. 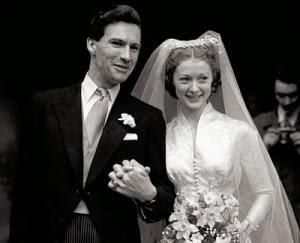 Moira retired from ballet in 1953, but she continued to act. Her other films were 'The Story of Three Loves' (1953), 'The Man Who Loved Redheads' (1955), Peeping Tom (1960) and Black Tights (1962, the film version of four ballets by Roland Petit). She also played Titania in A Midsummer Night’s Dream at the 1954 Edinburgh International Festival of Music and Drama and performed at the original London and Bristol Old Vic theatres and danced (and sang) the role of Morgan le Fay in the original London production of Camelot, directed and choreographed by her Red Shoes co-star, Sir Robert Helpmann.

The choreographer Gillian Lynne persuaded her to return to ballet in 1987 to play L. S. Lowry's mother in A Simple Man for the BBC.In 1994 she played Juliana Bordereau in The Aspern Papers at the Citizens' Theatre, Glasgow. During the last years of her life, Shearer wrote book reviews (not just of dance books) for the Daily and Sunday Telegraph, which were immensely readable though not celebrated for their generosity towards authors. In 1998 she published a biography of Ellen Terry.

She died at the Radcliffe Infirmary, Oxford, England at the age of 80.