Well it's a very rainy Australia Day here in Mackay, so instead of a barbecue and cricket, I have been holed up in the living room researching, and supervising the girls making brownies.  I was on the deck for a while, enjoying the breeze, but I got too wet!

Initially she worked as a model in Miami, and was on the cover of McCalls magazines several times. She also modeled on television (which was live at the time), where she was spotted by an agent who arranged for her to screen-test at MGM and met her husband, TV talk show host George DeWitt, who she married in 1951.

The two had a tumultuous marriage, and separated several times, and had one child together, George Anthony "Jay" Florentine, in 1954. they divorced the following year, but not before she had appeared in a minor role in Howard Hughes' 'Son of Sinbad', using her married name, Claire DeWitt. Claire continued modelling, and made the cover of "Picture Week", widely known as a 'cheesecake magazine," in 1956.


In the mid 50's Claire was touted as MGMs replacement for Grace Kelly, who married and left acting in 1956, and she was also said to be "the screen's most exciting discovery since Rita Hayworth".

I actually think that's a photo of Shirley McLaine, but let's not tell the women's Weekly!

Claire appeared in 'The Badlanders' in 1958.
In 1959 she co-starred in  'Ask Any Girl' with Shirley McLaine and David Niven, and was popular enough to appear in an ad campaign for Lux soap. 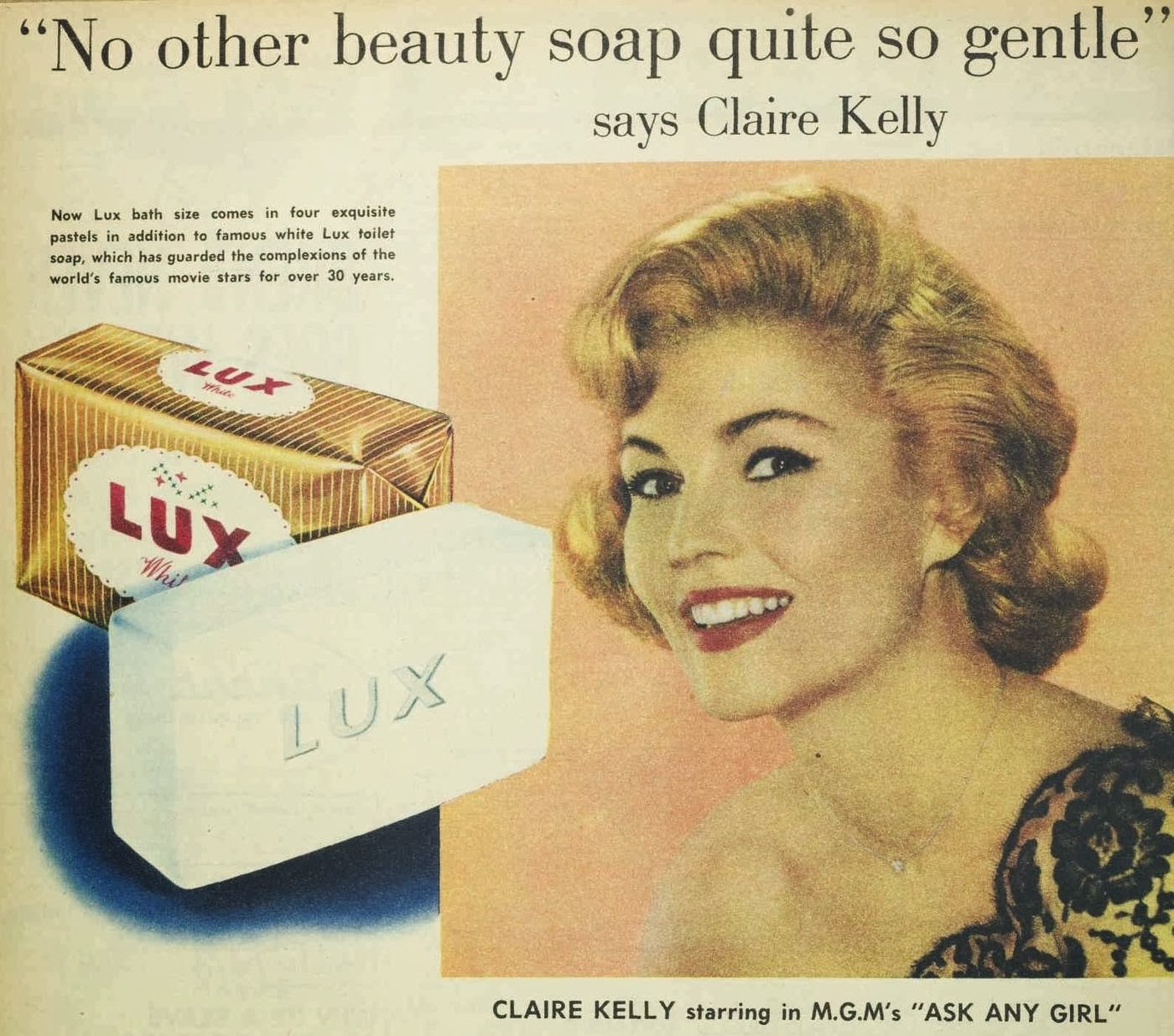 By this time George De Witt is fighting for custody of their son George.  Claire is accused of having affairs with  childhood sweetheart Joe Cronin, hotel heir Nicky Hilton, Frank Sinatra and Perry Lopez.  De Witt gets custody.

In 1960, aged 26, Claire married Lopez, whom she called “the last of that Latin lovers,”but the marriage, his only one, only lasted a year.  In 1961 Claire tied the knot with 27 year old Robert Alan Kenaston, son of actress Billie Dove, a car salesman, and heir to a wealthy banking family.  Their son Robert Burns Kenaston was born in Los Angeles in 1962, and they divorced in 1963, after Clarie claimed that Kenaston hated actresses and would not let her work.  Seriously, do these folks talk before they get married?

You can see more images of Clair Kelly here.

If you have any further information on Claire Kelly, please share - she has been difficult to research!