I know I’ve things back to front (today is meant to be ‘so you think you can cook’ Saturday, but I will do that tomorrow for Pizza).  I just had to show off my new bromeliad flower: 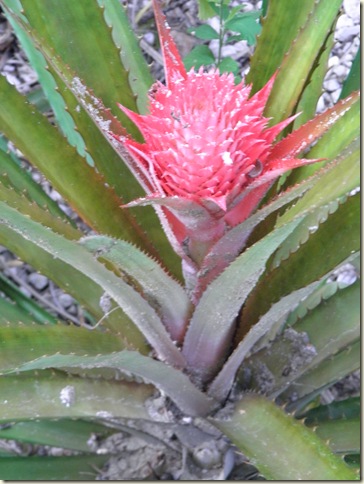 Isn’t it beautiful?!  After over a year in the ground with nothing but a metre square of spiky leaves, a few weeks ago the leaves turned a red pink colour, and then suddenly – voila – a flower!

It only just made it we were considering removing the plant, as it is quite near the pool and dangerous to naked skin.  I think it heard us!

Bromeliads are a very vintage flower – they have been around for about 65 million years and in use by humans for about 2,000 years.  They were taken to Europe in the 18th century (think pineapple), and then more varieties were discovered in the 19th century – thank to French garden designer /collector/explorer Édouard André. 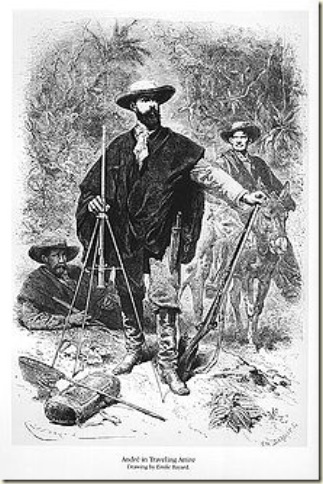 Flower growers in Holland and Germany experimented with new hybrids, and produced a lot of exotic flowers.  Breeding shut own with the advent of WWI, but now there are many different varieties to suit different climatic zones all over Australia and many parts of the world.  Bromeliads like heat and humidity, and don’t like snow, so if you live somewhere in between they should be ok for your garden.  If not, grow them inside in a conservatory (I saw one on Agatha Christie’s Hercule Poirot series the other night).

They like light soil or potting mix, not too much water, just a bit in the crown once a week.  They also like a bit of air movement, and mine have not been damaged by cyclonic winds either!

Here is another lovely scene for Saturday – bromeliads growing in their native South America.  Enjoy! 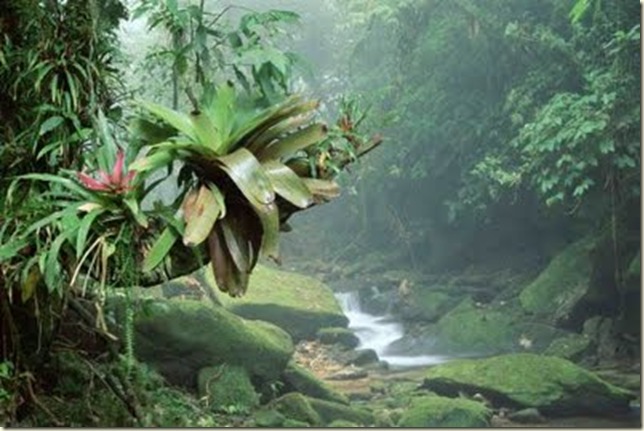