The invasion of Tulagi, on 3–4 May 1942, was part of Operation Mo, the Japan's strategy ( in the South Pacific and South West Pacific Area in 1942. The plan called for Imperial Japanese Navy troops to capture Tulagi and nearby islands of the Solomon group. The occupation was intended to provide support for Japanese forces that were advancing on Port Moresby in New Guinea, the major Japanese base at Rabaul, and serve as a base for Japanese forces to threaten supply and communication routes between the US, Australia and New Zealand. You can read more about it here.

I received a ‘new’ magazine in the post today.  Marie Claire from March 1942 – incredibly produced in German occupied France at Lyon.   I am going to frame the whole magazine, so I have scanned it all.  I’ll post some pages  to day, and some tomorrow, but he ones with just writing I’ll leave, as they are in French. 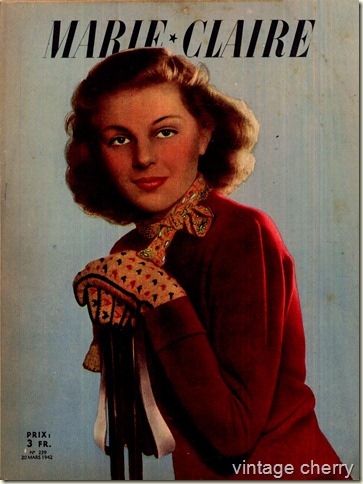 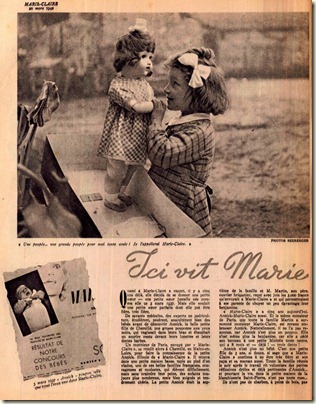 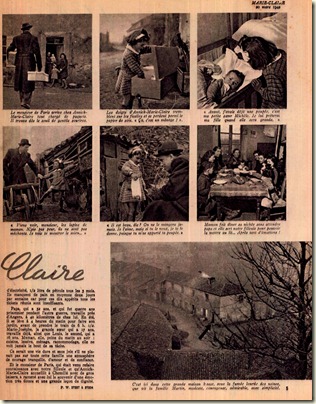 I have a photo of my mum from about 1949 with a similar hairstyle to this little girl.  Sweet! And here is some lovely French fashion. 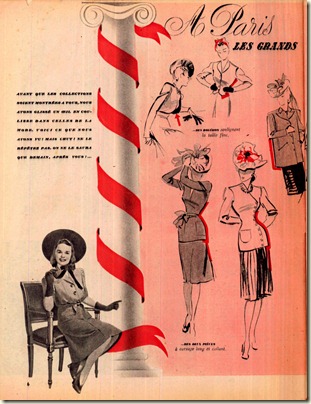 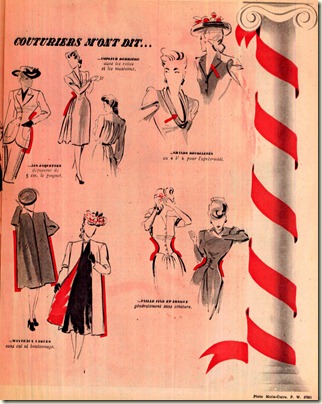 Due to my new, or reignited,  obsession with horses, I have also started another blog to document my horsey loves and journey of horse ownership.  If you are interested you can see it here.

Hope you are having a lovely day