A land of droughts & flooding rains

I’m back from my week in Melbourne, where despite it being hot and dry we had a lovely visit.  As well as visiting family in Melbourne and country Victoria, we went to the museum and the z00 – and saw the baby elephant!   This is as close as I could get. 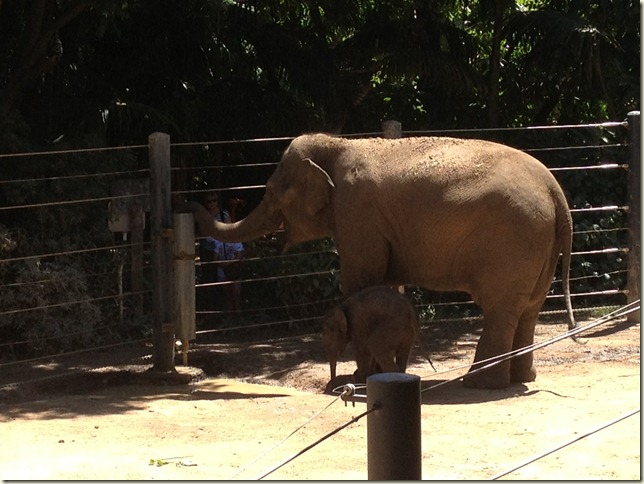 At Mansfield we were only a 100km from bushfires in the alps, and when I left there were more fires along the Hume Highway, the major road from Melbourne to Sydney.  I returned home to Mackay on Sunday to news of floods just to the south in Rockhampton, and further to Bundaberg.  The Lockyer Valley 80 km west of Brisbane, which suffered horribly in the floods of two years ago, is again flooding. The tropical cyclone which skirted Mackay while I was away and brought lots of rain, then moved down the coast and dumped rain all the way down to Sydney.  There is now a state of emergency from Bundaberg all the way down to Grafton in NSW.  Four people have already died. 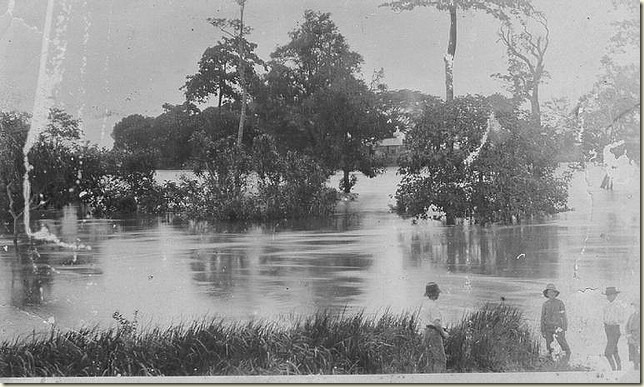 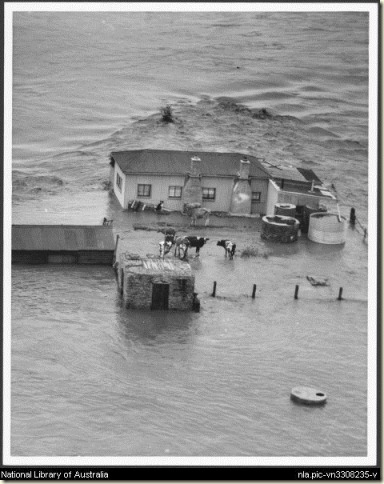 A deserted farmhouse in Maitland, during the 1955 flood, source
Here is a Brief Synopsis of the 1913 Flood, from a Souvenir of the Maitland Flood 1913. Rain began on the Tuesday of the preceding week, and continued for several days, being very heavy all along the Hunter Valley. There had been a fresh in the river a week or so before this heavy downpour, and much of the low-lying portions of the district were inundated. Owing to this, the river began to rise almost immediately at Maitland. On Thursday night, word was received from Singleton that the river had attained a height of 47 feet there, and the inhabitants of the lower parts of Maitland began to prepare for the worst. The water rose quickly on Thursday night, and early on Friday Morning, May 16th, had reached 36 feet, and was still rising. The official record says 36 feet 6 inches as the height of the flood, but there are many who claim that the water reached a higher point than that. It is difficult to say, however, as the gauge was washed away. Early on Friday morning, the water began to pour into High Street through a laneway near the Hustlers, as well as through several shops in the vicinity. It rushed down the street at a great rate, and soon had the lower portion submerged.
It also began to trickle over the embankment near the Belmore Bridge, at the rear of Marsh's stables, but, luckily, was discovered in time, and blocked by sand-bags. At about 6.15 a.m., the river overflowed the bank at Oakhampton, and the fire bell was rung to warn those living in the direction the water was traveling. Considerable damage was wrought at Oakhampton. 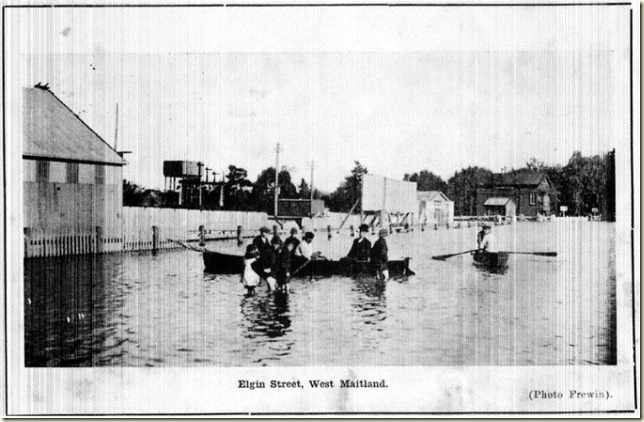 From the original held in Cultural Collections, Auchmuty Library, the University of Newcastle, Australia.
Floods are why traditional Queensland houses are built highset.  Unfortunately the fashion now is for low-set brick veneer houses – small air-conditioned boxes, often with carpet – and highset houses are built in underneath.

Mrs Bridge's and Mrs Anthony's houses in floodwaters, West Ingham, during the Flood of 1913 1913 also saw floods in America. 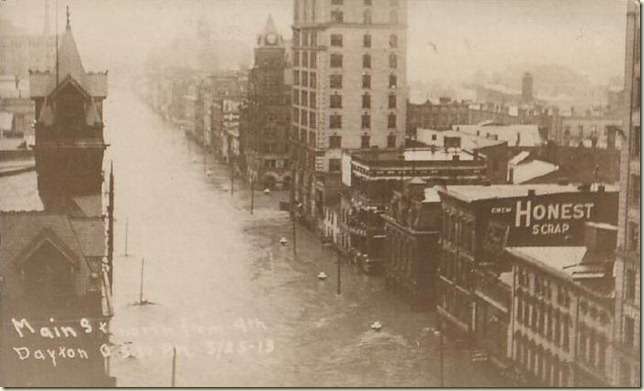 4th Street of Dayton, OH, USA during Great Miami Flood in 1913.
Here's wikipedia:
The Great Dayton Flood of March 1913 flooded Dayton, Ohio, and the surrounding area with water from the Great Miami River, causing the greatest natural disaster in Ohio history. In response, Ohio passed the Vonderheide Act to allow the Ohio state government to form the Miami Conservancy District, one of the first major flood control districts in Ohio and the United States. 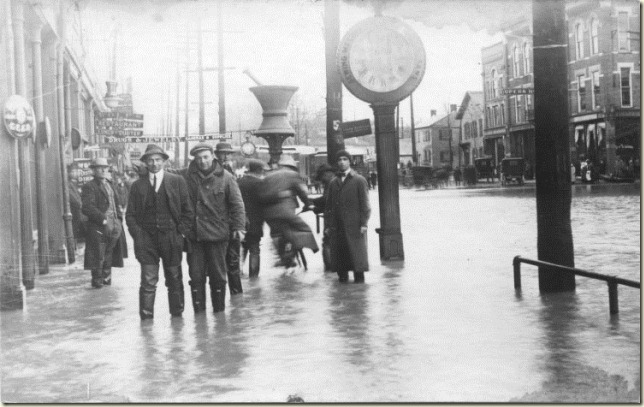 This photograph, taken looking west on State Street in Fremont, shows several men standing in the flooded downtown area.   The Sandusky River rose to 6 feet higher than they had ever been recorded. Some 550 homes were flooded, and approximately 50 of these homes were rendered uninhabitable or were totally destroyed, and four of five bridges washed away.
I hope you are not being affected by flood, or fire, at present.  If you want or are able to help people affected, you can donate here.
As usual, heaps more photos on tumblr.
Stay safe, Deb xx