On 28 April 1932 Flight Lieutenant Charles William Anderson Scott landed his Gipsy Moth in Darwin, Australia with the statement that he had succeeded in achieving his object—to better Butler's time for the flight of 9 days 2 hr. 29 min. and so regain the " record " previously held by him. Scott accomplished the journey, nearly 10,000 miles, in 8 days 20 hr. 47 min., and thus bettered Butler's time by 5 hr. 42 min.

Scott had also broken many speed records across Australia including the Brisbane - Cairns record and the Brisbane - Melbourne speed record in 1930. He had escorted Amy Johnson across Australia following her record England - Australia flight and was also inspired by Bert Hinkler, who he had also met following his record breaking England - Australia flight in 1928.  Hinkler died on 7 January 7, 1933, during an attempt to beat Scott's 1932 record. Although Hinkler was seen over the Alps on the same day as he began his flight, nothing was heard of him for about four months. Then his crashed aircraft was found on the slopes of the Pratango Mountains in the Apennines. 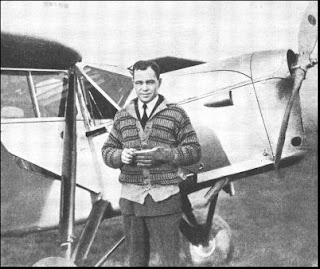 Scott's success in April 1932 was the first of three England-Australia records, the next one being a record breaking flight back to England in 1931 in another DH Moth, and another record England - Australia flight in 1932.

On 30 June 1931 the London Gazette announce that "The King has been graciously pleased to approve of the award of the Air Force Cross to Mr. Charles William Anderson Scott in recognition of the distinguished services rendered to aviation by his recent flights between England and Australia."

Scott was born in England in 1903, and learned to fly with the RAF in 1922.  He was a musician, poet and yachtsman, but also became he RAF's heavyweight boxing champion. What a man!  In 1926 he left the RAF and emigrated to Australia, where he took up a post as a commercial pilot for QANTAS, still in her infancy.  After a terrible crash that he only just survived, he was basically sacked, and decided to concentrate on setting records instead.  He also got married, the first time of three. 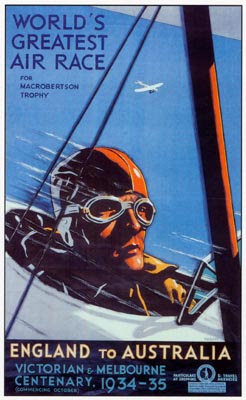 His greatest moment was probably winning the MacRobertson Air Race in 1934, which flew from Melbourne to London (and I will do a post on, one day!)

He won another race in 1936, and then served for a time as an ARP ambulance driver during WWII.  He then spent a brief period as an Atlantic ferry pilot, but found obscurity hard to accept.  After the glamour of winning and being wined and dined his life became normal.  He turned to drink and divorced for the third time.  He hardly saw his only daughter, who was in Australia, while he was in Europe. On 15 April 1946, whilst posted at the UNRRA headquarters in Germany, Scott committed suicide by fatally shooting himself with his army issue revolver. A sad end, but an interesting life -it would really make a great movie.  You can read more about him here.