I have been trying to find a felt hat for my winter wardrobe, but it has proved impossible here in sunny Mackay.  I did, however, find a beret. It's black and woolly, and definately a winter hat.  In countries where the Spring and Summer sun is not so strong, berets are also popular for year round wear.

The beret can be traced back to ancient Greece, and the word 'beret' is derived from the Latin "birretum", which means "cap" - a beret is a floppy cap.  The French seemed to have claimed it as their own, but  versions can be found in Scotland - the tam o'shanter.  For thoese not of Scottish or French ancestry, the beret must have been a real novelty when was first introduced into America, England and Australia.   Although thought of a classic 1930s look, the beret was already being worn by film-stars in the 1920s, but it was usually worn pulled down like the Cloche hats of the time, or worn perched on the head like the tam.  And like the cloche hat, the beret has thankfully never really disappeared.  Berets come in fabric, like velvet, as well as wool, and can be worn a variety of ways.  Here is some inspiration......


In the 30s themselves, ordinary women were imitating their favourite film stars -  soft permed hair, beret at a jaunty angle and collar turned up - instant glamour and mystery. 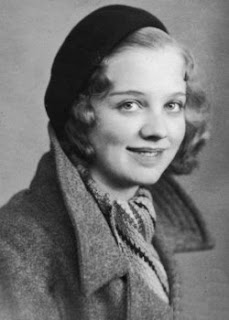 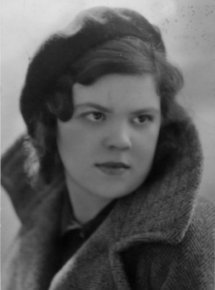 And even in America, men could wear berets - they weren't just for soldiers or Frenchmen.


Because it covers most of your head when you put it on, a beret is great for people like me who are short on time, and skill, so you can create a vintage hairstyle without being an expert.  Great for when you're on the run from the police too, I expect!

Worn with an  outfit from your favourite decade,  a beret instantly fits the period!

See my free pattern page for some beret patterns, and knit or sew one yourself.