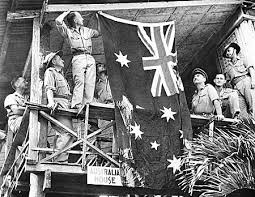 “Australian Imperial Force achievements at Gallipoli and on the Western Front in World War I were within the context of Empire, but now, standing independent of British support, Australia's achievements in the Pacific War marked the moment in which 'the Australian nation is born'.

“On this Australia Day, with a full realisation of what this day means to us, we give regard to the meaning of our nationhood. Our men have shown the stuff of which we are made on many a death charged battle field in many a spine chilling air battle on the storm tossed seven seas..……The flame of freedom lit in this land by our first settlers and kept aglow by the generations which follow is not extinguishable by any enemy. We are the  youngest civilisation in the oldest continent. On this, our anniversary natal day, I pay tribute to intrepid explorers, hardy pioneers, statesmen, industrialists, men and women of the land, heroic warriors and all those nation-building spirits whose works have come down to us. We dedicate ourselves to their noble aspirations. We shall fulfil their hopes, complete their enterprises.

That is the call I sound to you tonight. We carry on the purpose of Captain James Cook, we maintain the tradition of Captain Arthur Phillip. This Australia is for Australians. It is a white Australia. With God's blessing we shall keep it so.”

Shame about the White Australia bit, but I like to think it was more about keeping the Japanese off our shores than anyone else! 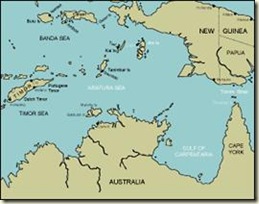 Just across the Timor Sea, north of Australia, was the airstrip at Penfui , an important point in the air route between Australia and General Douglas Macarthur's American forces in the Philippines. On 26 January (and 30 January) 1942, the airstrip was targeted by Japanese planes. This encouraged the Australian government to make preparations for reinforcements to be sent to Timor.

Anticipating Japanese air and submarine attacks, blackout restrictions were introduced and air raid warning instructions issued. Some families dug air raid shelters in their backyards  (and Jack Davey wrote a song about them), barbed wire was strung across beaches. The Prime Minister called on all Australians, men, women and children, to assist in the war effort and to protect their homes from the enemy. 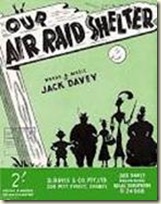 You can listen to the song here.

I  love the pattern in the Australian Home Journal (actually from 1 May 1942)  for an air-raid shelter suit, complete with hood (there‘s also a matching children's pattern).  It’s very much like the English Siren Suits that were popular in the UK (started by Winston Churchill wearing one).  I do find the wide legs interesting, given there were restrictions on fabric at the time but maybe they were made in cotton and it didn’t matter.  Although given that they are meant to be pulled on over what you are wearing to keep it clean, the wide legs would mean you didn’t have to take your shoes off!

I do have a few Home Journals that I am trying to scan (I still can’t work out how to insert PDFs in my blog), but you can access many copies of the magazine here.

Have a great Australia Day