Make do and Mend & making a patchwork quilt

I have spent today mending the children’s clothes – it’s amazing how many little holes and tears they get.  When I have been sorting out clothes at the op shop, I have also been amazed at how people  seem to toss out anything with a little hole or rip, or missing button, instead of repairing it.

Which reminds of the great 1942 campaign of “Make do and Mend.” 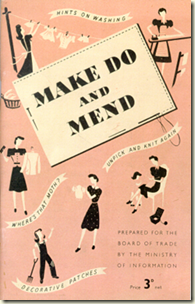 Make do and mend' booklet, prepared for the Board of Trade by the Ministry of Information.

In Britain food rationing had begun in January 1940 and from June 1941 clothing and textiles were also rationed and food rationing increased to its peak by Christmas.  In Australia the war had little impact on the clothes that civilians in Australia were wearing until late 1942. When it was rumoured that rationing might be introduced, many women went on a panic buying spree to avoid the shortages that were sure to come. 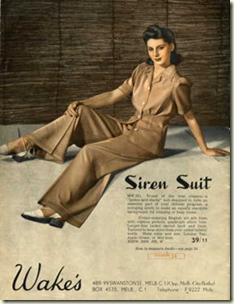 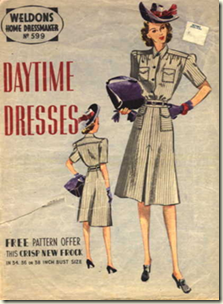 Rationing brought strict regulations about things like the length of women's dresses and the width of men's trousers.  All 'extras' like buttons on men's jacket sleeves and flap pockets were gone, and styles  often showed a military flavour, with clothing becoming quite plain.   The Ministry for War Organisation of Industry introduced 'victory garments' for both men and women. These garments had straight lines and used less fabric than pre-war styles.  Colours were sombre and mainly plain.  Women's clothing was regulated by the National Council of Clothing Styles. Dresses could be no longer than just below the knee and puffy sleeves were banned.  Clothes were to be practical, not beautiful (although I think many of the styles are lovely), and rules included:

Many women owned foot operated treadle sewing machines and made their own and their children's clothing.  They would  cut down and restyle old dresses, coats and blankets to make blouses, girls dresses and children's coast.  Women even made their own underwear. Wide legged underpants called 'scanties' could be made from discarded flour bags that had been unpicked and boiled clean. Buttons and hooks made do when elastic became hard to get, as rubber was needed for the war effort. 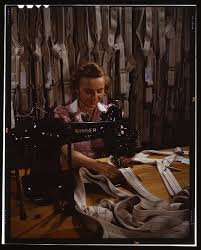 The Commonwealth Rationing Commission put out pamphlets like 'New Clothes from Old' that were accompanied by paper patterns for 9 pence. The Board of Trade issued other pamphlets like 'Make Do and Mend' which provided hints on washing, unpicking and knitting again and decorative patches. 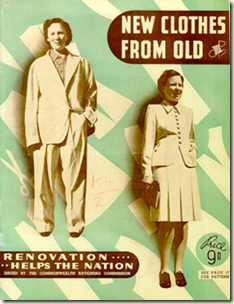 Many fabrics were unavailable as mills and clothing manufacturers turned their production over to products for the war effort, and UK and Japanese exports were stopped. Wool was used for uniforms and blankets. Cotton fabric was not rationed, and pretty cotton frocks could be made, and rayon and other fabrics made form wood pulp became popular.  Silk and nylon stockings were in short supply during the war, as silk and nylon was used for parachutes. It was considered rude for women to go around bare legged but the government had forbidden employers to make women wear stockings. Women working in factories could overcome the problem by wearing trousers but nurses found it difficult, and some girls painted their legs with makeup (or before that gravy, or coffee) and drew a line down the back to look like a seam.   You could  even get “stockings’ painted on professionally – they were advertised as stockings with “no more ladders”. Eventually bare legs did become acceptable, especially in Australia’s warmer spots.

There were still many weddings during the war, but once rationing was introduced wedding fabrics were virtually unobtainable. Brides could choose to wear someone else's gown, made before rationing was introduced, wear a street dress or suit or opt for mosquito net and any other material available like the lounge room curtains. Servicemen wore their dress uniform. Civilian men who had a pre-war or pre-rationing suit would have worn it in preference to buying one as the fabric and styling were superior to suits made from 1942.  A new suit required just over a third of a man's clothing rations for 12 months which was a very substantial outlay. 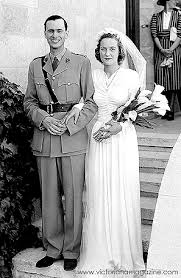 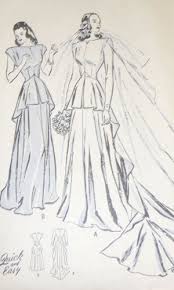 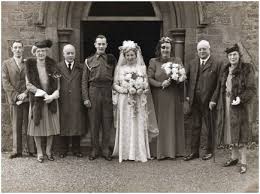 I have been distracted from my sewing for myself by patchwork.  My mother has been trying to get me into patchwork for a while now, and when I visited her in Townsville she took me to a patchwork fabric shop.  I found two panels of retro fabric that I decided would be great on quilts for the twins, so I gave in.  Technically not buying for myself, but as a gift for the kids, so ok on my 1942 plan, and as I mentioned above cotton fabric was really rationed.  The rest of the fabrics I am using in the patchwork are either from my or mum’s stash, and much of my stash has been thrifted.  I am also not using the new gadgets like roller cutters an mat boards that I have read are essential to patchworking.  I am just cutting with scissors, pinning and sewing – 1940s style.  I am sewing the patches together with a machine (for speed and strength), but I will probably  do the quilting by hand.

Here’s the layout for my daughter's quilt, and then sewn together waiting for quilting – using the “Dick and Jane” fabric panel. 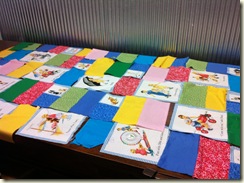 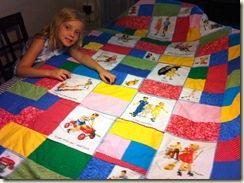 Quick news headlines from January 25 1942–  Thailand declares war on Allied Forces.  After signing a ten-year Treaty of Alliance with Japan in December 1941, Thailand declared war on Great Britain an the USA, and effectively the Allie Forces . Japan also invaded the Solomon islands on this day.

Have a great day,