The 1942 baseball season featured some of the greatest players to ever take the field, including Ted Williams, Joe DiMaggio, and Mel Ott (even an Aussie like me has heard of Joe DiMaggio, and knows he was married to Marilyn Monroe).

Ted Williams of the Boston Red Sox and Joe DiMaggio, of the New York Yankees chat in the dugout before their game in Boston in this Aug. 18, 1942 photo. (AP Photo/Abe Fox)

However, at the beginning of the 1942  season, the Yankees lost Tommy Henrich to the Army -- a continuation of World War II's affect on baseball rosters. To combat this, and to try to keep the morale of the American public high, President Franklin Roosevelt penned the famous "green light" letter to then Commissioner Landis on this day in 1942. The letter read in part:

"Baseball provides a recreation which does not last over two hours or two hours and a half, and which can be got for very little cost."

You can read the whole letter here. 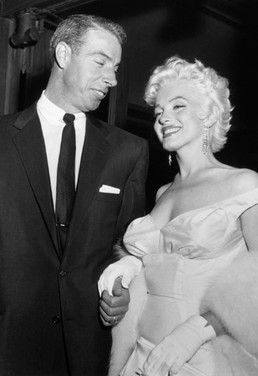 Another idea to keep baseball alive was the formation of the All-American Girls Professional Baseball League, by Philip K. Wrigley (think Wrigley Field an chewing gum) in 1943.   The story of the League was portrayed in the movie “A League of Their Own” in 1992.  It stars  Geena Davis Madonna ,Rosie O’Donnell and Tom Hanks and focuses on the team the Rockford Peaches.  The team was real although all the characters in the movie are fictionalised, and the team did not play in the 1943 league championship, as depicted in the film. 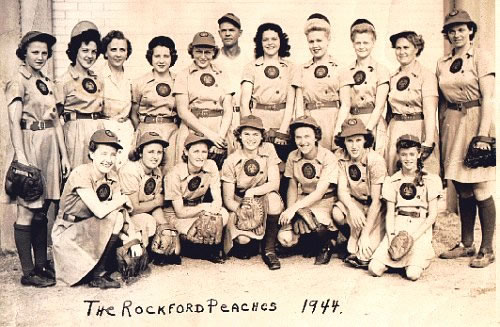 If you haven’t seen it, try and grab a copy.  There are some really cute baseball uniforms, vintage cars and buses, and great clothes, hairstyles  and music. 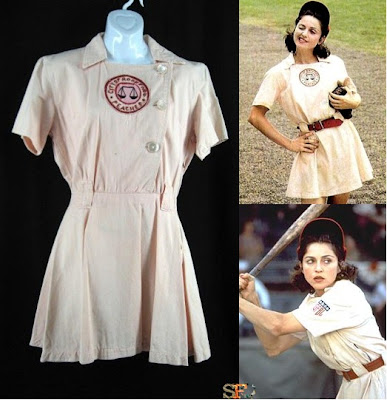 While we are on fashion, Here’s a lovely link on 40s Parisian War Time Fashion I found today – perfect for weekend reading.