If you have been reading this blog for a while you will know that I have a little obsession with Zebras. (You can see some previous posts here.)  So when I found this image I just had to get myself a copy, and find out more about the artist. 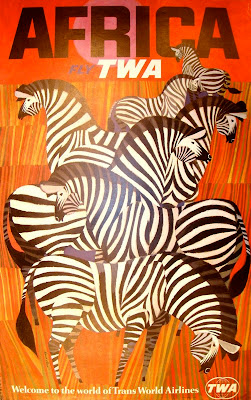 This Poster is one of many designed and illustrated by David Klein (February 23, 1918 – December 9, 2005), a native Texan, who is best remembered for his advertising work during the 1950s and 60s, especially for TWA.  This one was produced in 1967, which is a little out of my mid-century range, but it's till older than me so it's OK!


Klein was born in El Paso, Texas in 1918, but moved to California. During the 1930's he was a prominent member of the California Watercolor Society, and during WWII he served in the US Army producing a variety of illustrations for The War Effort. In 1953, the United State Air Force created the Air Force Art Collection, which features three of Klein’s works, such as this one.


After the war Klein moved to New York City and settled in Brooklyn Heights, where he would live for the next 60 years. By 1947, Klein was working as an art director at Clifford Strohl Associates, a theatrical advertising agency, and he began illustrating posters for Broadway shows, such as Death of a Salesman; Brigadoon; Cat on a Hot Tin Roof; and Alice In Wonderland.


He also designed posters and window cards for Brooklyn's community theater, The Heights Players, through out the 1950s. 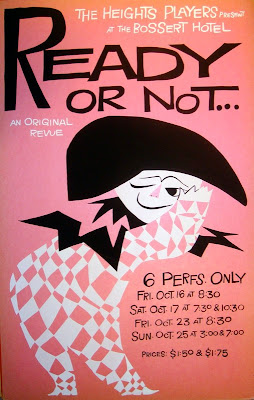 During the 1950s and 1960s, Klein designed and illustrated dozens of posters for Howard Hughes and TWA (Trans World Airlines).  He basically single handedly defined the state of poster art of the period with his abstract style and use of bright, flat color. These are some of my favourites: 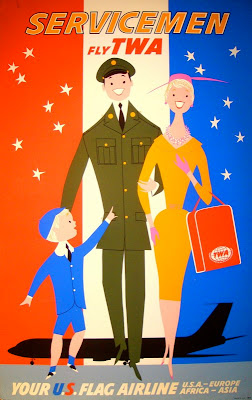 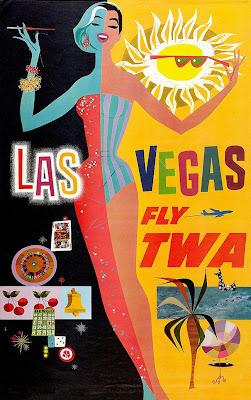 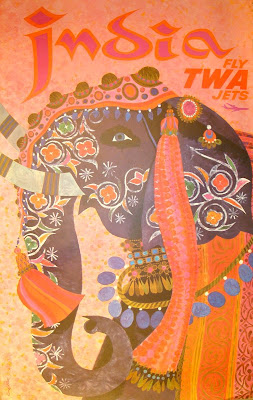 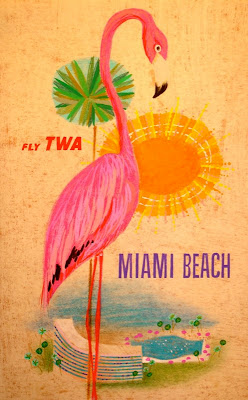 In 1957 Klein's 1956 poster of New York City became part of the permanent collection of the Museum of Modern Art in New York. 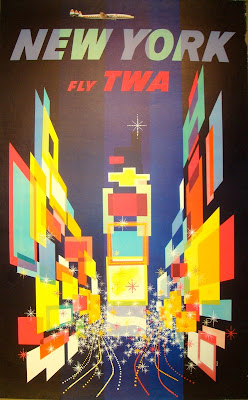 He also worked on several other travel poster campaigns throughout his career, including Amtrak, American Airlines, Grace Line, Cunard and Holland American Lines. 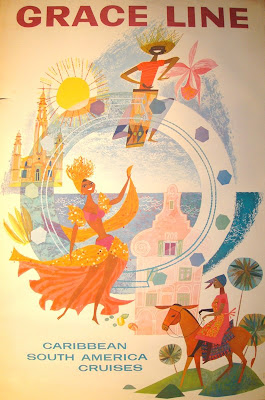 In the 1960s Klein illustrated a range of posters for First National City Bank of New York (Citibank), featuring colorful  abstract animal and cute slogans, which won a Printing Industries of American National Graphics Award in 1967, as well as an award from the Society of Illustrators. The images were so popular they were sold ready to frame at many of the banks branches. 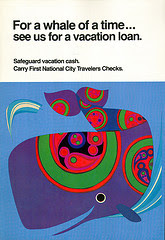 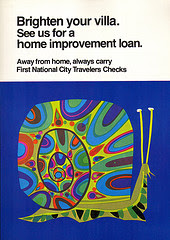 He also found time to do other advertising illustrations, and also illustrations for a few children's books, such as this one, entitled 'fireclose'. 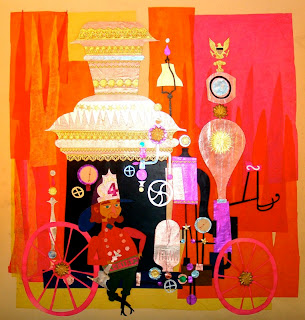 You can see more of David Klein's work here, where most of these images were sourced,
or read the El Paso Herald on the day of David's birth, here (ok, I did some crazy research).  You can also buy originals and copies of his work here.