Walking in the Clouds

After a few months of being very skint, we finally have enough money to fill up the car with fuel and go for a drive in the country, something we haven't done as a family for ages.  is there anything better than a picnic and an outing for family bonding?

As it is the first day of Summer here, and the start of the rainy season, we thought we'd head up into the hills to Eungella National Park.  Last Summer the rain shut the road to the park for months and there were also landslides on the very steep part of the road. Of course, it decided to rain, but we had fun anyway - the kids loved the idea of walking in the clouds.

After a short walk in the cloud and rain, we kept driving over the mountain and towards Eungella Dam.  The sun came out, the clouds disappeared, and it seemed like a different country.  With alien cows. 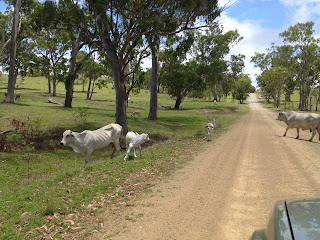 After half an hours driving on dirt road, we reached the dam. 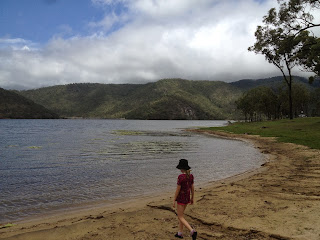 And had our picnic. 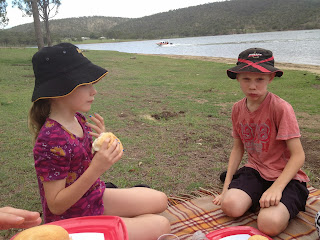 Then a visit to the facilities - the kids were not impressed by the composting toilets. So precious! 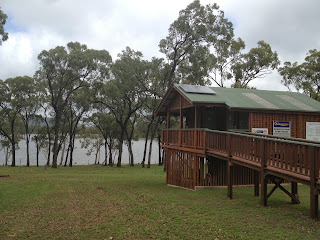 Followed by a game of cricket.  The good thing about a big family is there are enough players.  Hitting the ball onto the ants nest made a six! 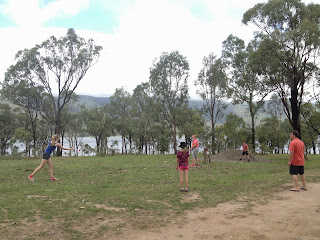 Back on the dirt road to Broken River and another walk through the rainforest. 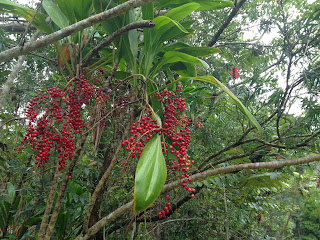 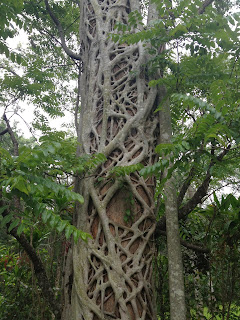 And down to the river to look for platypus. 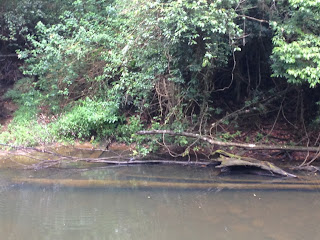 They are very shy and hard to see, but guess what?  We saw one! 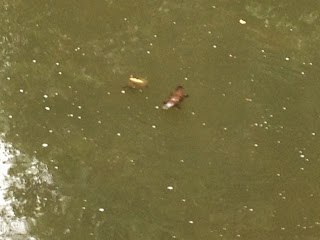 It was raining again, and we sheltered under the old bridge for a while. 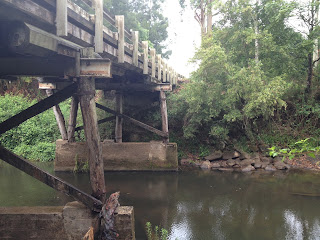 But then we got back in the car at about 3pm and headed back down the mountain. 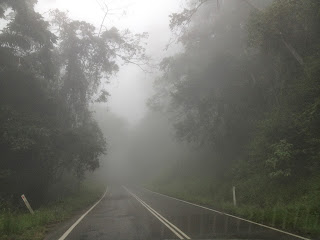 Watching carefully for trains at the high-tec train crossing. 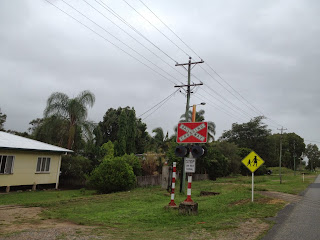 And back home before the heavens opened again.  the kids were so worn out they slept for the whole drive.  Ahhhh....next week we'll visit somewhere else.