I was flicking through a vintage magazine (The Australian Women's Weekly, May 1954) the other day and came across this pattern for a Dicky. 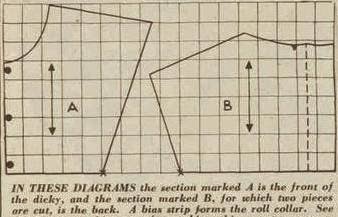 I had never heard of the term before, but basically a dicky (dickie or dickey) is a  type of false shirt-front - originally known as a detachable bosom - designed to be worn with a tuxedo, usually attached to the collar and then tucked into the waistcoat or cummerbund.  The idea was to make the front of a full dress shirt a separate entity in itself, like the detachable collar, so it could be laundered and starched more easily.

This one is of course designed for a woman, to wear under a top or low cut dress. A great idea to keep the sun, or eyes, off that delicate front area! 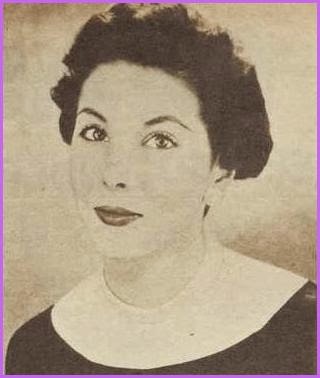 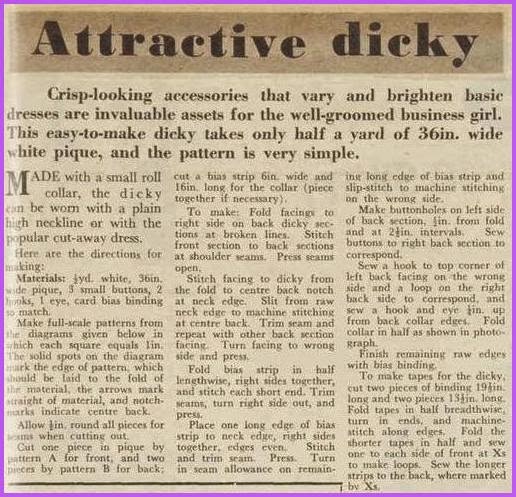 This idea is also similar to the 19th century Chemisettes, which give the appearance of a blouse or shirt worn under a dress.  Not only are they easy to make and don't take as much fabric as a full blouse, they don't add bulk at the waist or upper arm.  It make it easy to change the appearance of a dress by changing the style or color of the chemisette.  Of course you can embroider them too....