Does this house look familiar? 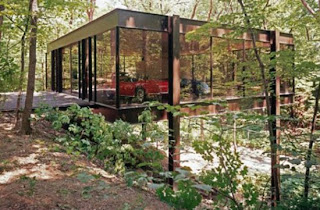 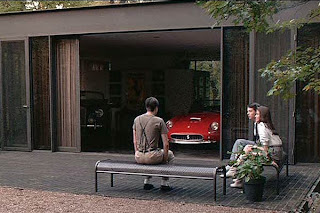 Did you guess it? It's the house in one of my favorite 80s movies, Ferris Buller's Day Off (1986) - Cameron's house.   Also known as the Ben Rose Home, this mid-century modern architectural treasure in Highland Park, Illinois, USA is presently for sale.  The house cantilevers over a ravine, and there are two steel and glass buildings, the main house with four bedrooms and three bathrooms, and the guest/car pavilion with another room and bathroom. Both have beautiful views of the surrounding wood.

The car pavilion was actually an extension to the original structure.  It was designed by David Haid and built in 1974 to house fabric designer Ben Rose's growing car collection.  The original house was designed by A. James Speyer in 1952. Speyer completed his masters in Architecture in 1939, under the guidance of Mies van der Rohe at the Illinois Institute of Technology in Chicago.  Haid, in turn, actually studied under both van der Rohe and Speyer, and worked in van der Rohe's design office from 1951 until 1960.


I was lucky enough to visit the Institute in 2007,which has the greatest concentration of the work of Mies van der Rohe n the world.  You can read more about it here.

The Ben Rose House has now been extensively renovated, much in keeping with the original design. 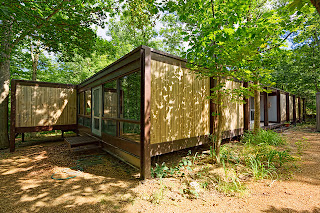 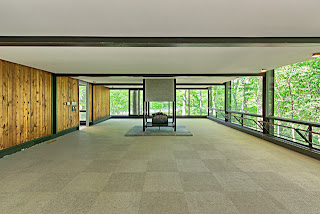 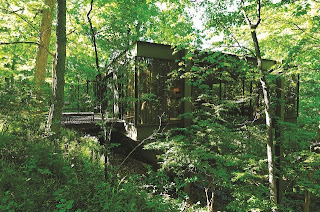 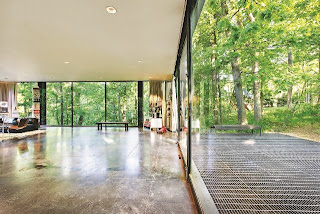 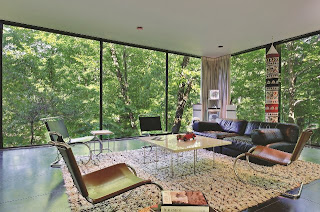 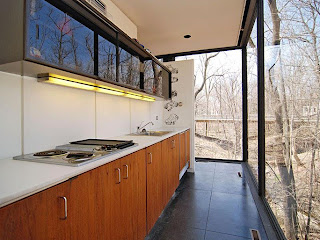